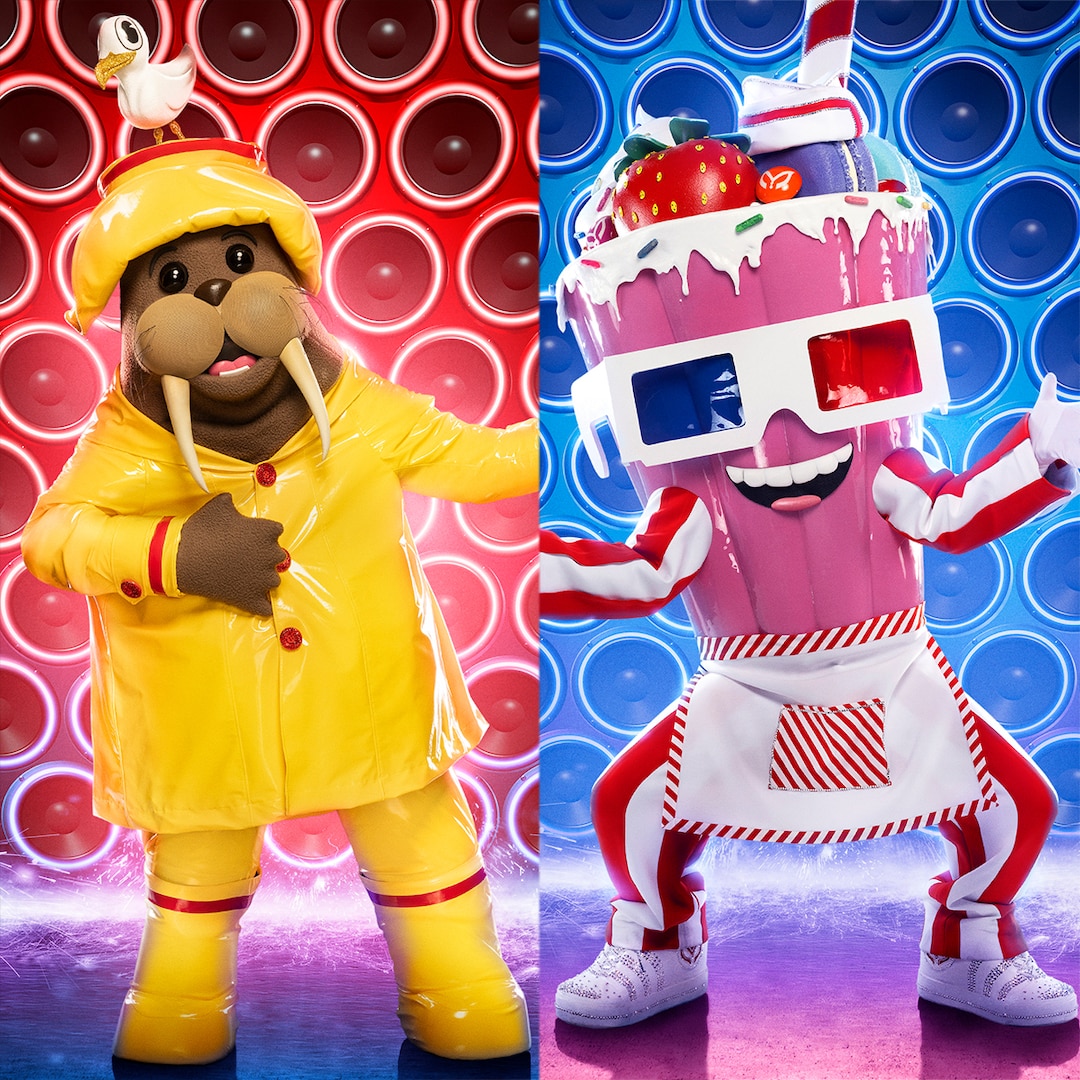 On the Nov. 6 episode of the singing competitors collection, the thriller celeb contestants had been tasked with celebrating the music of the ’90s with performances that might have made even the dustiest Tamogatchi present some indicators of life.

Up first, The Walrus made his debut with a rendition of “Two Princes” by Spin Docs, which was preceded by a clue bundle that included screaming followers at a neighborhood mall, a cat named Jenny and the trace that Walrus was accountable for a highly regarded TV catchphrase.

Subsequent, The Milkshake‘s clue bundle featured peach pits, orange juice, an ice cream sundae and references to Wiz Khalifa and Snoop Dogg. After, Milkshake impressed the gang together with his tackle Sir Combine-a-Lot‘s “Soar On It.”

Lastly, The Lambs—a trio of singers in Little Bo Peep-inspired costumes—returned to the stage after advancing on the Oct. 26 episode. Their new clue was a movie roll and clapperboard, adopted by a efficiency of “Ironic” by Alanis Morissette.

Aaron Carter Useless at 34: Hilary Duff and Others Pay Tribute to Singer

The Kardashian-Jenner Household Has the Greatest Response to…